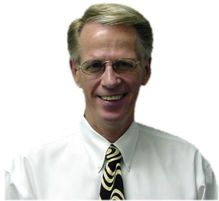 W. James (Jim) Craig, age 74, born in Columbus, Ohio, 1942, passed into Glory June 1, 2017 in Fort Lauderdale, FL. He is survived by his wife of 48 years, Mary; his two children, Stephen and Joanna; three grandchildren; his half-sisters Roseanne, Marge, Trish, and Denise and their children; and many others who love him.

Rev. Jim Craig served the LORD as evangelist, pastor, and teacher for over 40 years. He loved all kinds of music, but especially Jazz; played trumpet with extraordinary giftedness; and wrote many worship songs. During his journey to the gospel ministry, Jim held a first-class radio engineering license, owned and managed several companies, held Graduate Gemologist degrees, a B.S. in Marketing and Management, and a Master of Divinity degree.

His greatest passion was to know the truth, which led him into the original languages of the Bible (Ancient Hebrew, Hebrew, and New Testament Greek). He found that truth in Jesus Christ alone.

Audio archive of some of Pastor Jim's messages

Jim beat the cancer by the faith God gave him -- tests were showing little trace of it as of May 31st. In fact, a few days prior, the doctors expected improvement to the point that Jim could "come home." So we were in the process of doing all the preparations for that: talking with home health service personnel, organizing the house, etc.

But the 2nd round of chemo (which the doctor broke up into small sessions over 5-6 days as best as he could to lessen the impact) apparently had so overwhelmed his immune system more than the first round had that he could not recover. The non-functioning immune system allowed for pneumonia and sepsis infection (system-wide) to set in. All of his organs shut down and could not recover. It was God's love and will, the only One who holds the power of life and death, to take him.

I always call him "the Renaissance Man." He was gifted in any area in which he chose to pursue.

Jim's greatest passion was to know the truth. Even more than his love for music, especially Jazz, Jim loved the original languages of the Bible. For 45 years he studied New Testament Greek, Hebrew, and Ancient Hebrew diligently to get to the truth. He found that truth to be Jesus Christ alone. He knew the LORD best as Guardian and always told our family through the time of our 48-year marriage that God always protects us and we would make it through. Since February 2nd, when this nightmare began, he clung to this verse:

"I am the Resurrection and the Life. The one who believes in Me, though he were dead; yet shall he live. And whosoever lives and believes in Me shall never die. Do you believe this?" (John 11: 25, 26)

Jim believed with all his heart.

Jim and I had the kind of marriage that we were always together, except for a few years when he worked outside the home. Crossing mountains and valleys in the journey which is life, we were friends. Ours was a covenant of companionship. The Bible says that a cord of three is not easily broken. Our cord consisted of the two of us and Jesus Christ. That covenant, according to the Scriptures, is now broken; but we have the memories. Jim had a habit of writing little notes. They are everywhere. It will tell us more about him. Only the Living God knows us through and through, and only the Living God walks with us and shares our lives in their finite details.

So, to many of you this may seem strange; I don't care right now. But the morning of June 2nd (the day after Jim passed) I clearly heard, "It is just as He said."

But the angel said to the women, Do not be afraid, for I know that you are looking for Jesus, who was crucified. 6He is not here; He has risen, just as He said! Come, see the place where He lay. 7Then go quickly and tell His disciples, He has risen from the dead and is going ahead of you into Galilee. There you will see Him. See, I have told you.

What Jim suffered those last hours was like being crucified with Christ (Galatians 2:20). Years ago, Jim and I took a "spiritual gifts" questionnaire. I came in at zero for martyrdom, but Jim came in with a high score. The word "martureo" in Greek means "witness." Jim's Christian life is a witness, a testimony. He did not love his own life even unto death. (Revelation 12:11)

"And they overcame him (the Accuser) by the Blood of the Lamb, and by the word of their testimony; and they loved not their lives unto the death."

Jim overcame. Even when his mind was affected by high ammonia levels and he would hold his head, he boldly proclaimed the Gospel of Jesus Christ, whose he is and whom he served. The legacy of his life is just that: A Life Overcoming.

The day of May 31st, I happened to read: "For I am now ready to be offered, and the time of my departure is at hand." I "shelved" it because we fully expected Jim to come home. Instead, he went home and passed into glory.

The Apostle Paul said: I have fought a good fight, I have finished my course, I have kept the faith: henceforth there is laid up for me a crown of righteousness, which the Lord, the righteous judge, shall give me at that day: and not to me only, but unto all them also that love His appearing. (2 Timothy 4:7, 8) Jim, too.

Thank you for your prayers, your love, your sharing of Jim stories. May you be blessed and encouraged.

Thank you all for your fervent love and prayers for our wonderful brother, pastor and friend, Jim Craig. He is a very happy man right now. We are grieving for this loss to us, even though it is a great move for Jim. And we are also jealous. (Not that we want to die, but that we might be fully in Jesus presence in His Tabernacle in heaven to worship Him forever as Jim is right now.) We look forward to seeing Jesus as Pastor Jim is and does see Him now and to be with Jim again too whenever that is. We all have to finish our life course that God has given us first. We will see you again soon, dear Jim, good brother and friend.


Rev. Jim Craig served as President of Mary Craig Ministries, Inc. and as Pastor at Craighouse. He held a B.S. in marketing and management from Nova Southeastern University and a Master of Divinity degree from Knox Theological Seminary.

He had an extensive background in electronics engineering and also in gemology, having obtained a graduate gemologist degree some years ago.

Rev. Craig encouraged Greek and Hebrew exegesis and functioned in the gifts of teacher, pastor, and evangelism. He served as the first lay person to become a teacher/trainer of Evangelism Explosion back in the 70's, as Treasurer of the local Gideons chapter, and with The Navigators. He served on the Executive Board of Coral Ridge Presbyterian Church in Fort Lauderdale, FL as ruling elder and Chairman of the Christian Education Committee.

He enjoyed playing trumpet, being a true musician with musical training at the Cincinnati Conservatory of Music and Ohio State University. He has played professionally in orchestras and church musicals for many years.

With his multi-faceted background, Rev. Craig brought to his preaching solid Bible exposition with an understanding of the workplace and many areas of people's lives, doing so with humor

My husband, Pastor Jim Craig, has been in the hospital since April 12th except for four days reprieve from chemo treatments. We are in a battle for his life, but what sustains him and the rest of us standing as an army, in prayer, is the Word of God and Who our God is.

On May 26th, I was sitting at a round table in Jim's hospital room, asking and thinking in the presence of the LORD about what we might make as an appeal, about any obedience we might do on his behalf, things like that. The LORD spoke, and this is what I believe I heard from Him. It is a message, and it is for all of us....

Jim beat the cancer by the faith God gave him -- tests were showing little trace of it as of May 31st. In fact, a few days prior, the doctors expected improvement to the point that Jim could "come home." So we were in the process of doing all the preparations for that: talking with home health service personnel, organizing the house, etc.

But the 2nd round of chemo (which the doctor broke up into small sessions over 5-6 days (as best as he could to lessen the impact) apparently had so overwhelmed his immune system more than the first round had that he could not recover. The non-functioning immune system allowed for pneumonia and sepsis infection (system-wide) to set in. All of his organs shut down and could not recover. It was God's love and will, the only One who holds the power of life and death, to take him....

*Mary Craig Ministries, Inc. is a 501(c)(3) not-for-profit organization. All gifts are tax-deductible as allowed by law.